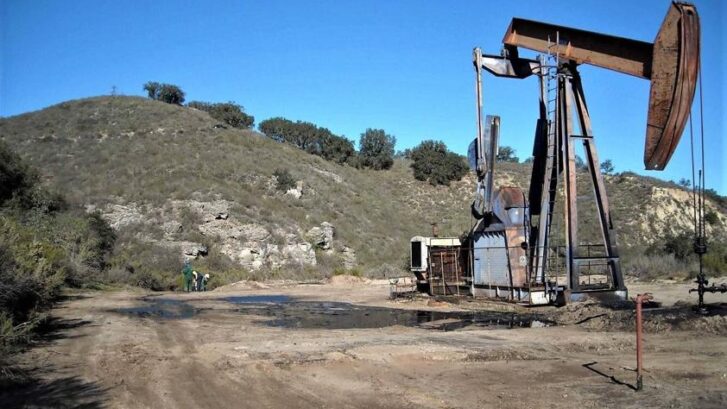 Re-post of article from lompocrecord.com

The Santa Barbara County Board of Supervisors is scheduled to approve a response to a grand jury investigation into 1,374 idle oil wells in the county that disagrees with the findings and rejects the resulting recommendations when it meets Tuesday in Santa Maria.

The response is part of the board’s administrative agenda, which consists of items generally approved in a single vote unless a supervisor pulls one for discussion or for a separate vote or a member of the public asks to comment on one.

Grand jurors made four findings and four recommendations to the board in their report released Dec. 20.

In their proposed response, supervisors wholly disagree with all four findings and say none of the four recommendations will be implemented.

In general, the grand jury found the health and environmental risks from idle wells are not being adequately addressed; the county is too understaffed to adequately monitor idle wells; code provisions requiring drilling equipment and derricks to be removed are not fully enforced; and the county may face financial liabilities from inadequate monitoring.

The “idle wells” referred to in the report are 926 “long-term idle wells,” those inactive for at least eight years, and 448 “inactive wells,” those out of production more than two but less than eight years, identified by the California Geologic Energy Management Division in 2019.

At that time, the county also had 4,215 “abandoned wells,” which had been out of production for two years or more but whose owners or operators applied for permits and followed procedures for taking them out of service.

Those procedures included plugging the wells with cement to prevent hydrocarbons from leaking into groundwater or soil or onto the surface.

Only one well in the county in 2019 was classified an “orphaned well,” where the owner had declared bankruptcy, become insolvent or simply deserted it without taking steps to properly seal it.

The rest of the 1,028 wells in the county at that time were considered “active wells.”

The grand jury noted oil seeping from both active and idle wells can contaminate the soil and groundwater, and leaking methane gas can cause air pollution.

But the report said because idle wells are usually unattended, the seepage and leaks can become extensive before they are discovered, thus posing a greater risk to the public and environment.

“An example of the effects of seepage can be seen in the Santa Maria Valley, where there were thousands of active oil wells in the past,” the report says. “Some homes in Santa Maria had to be demolished because the area’s soil had been contaminated by seepage from old wells that had not been properly abandoned and plugged.

“There appears to have been no county remedial action on a number of the old wells around Orcutt, and no action by the owner to abandon them,” the report continues. “Abandonment under the required legal procedures would have led to capping. In the absence of capping, the health and safety of the area are not secure.”

The grand jury recommended supervisors direct the Planning and Development Department to identify health and environmental risks and determine actual and potential fiscal labilities from idle wells in annual reports to the board.

It also recommended supervisors direct Planning and Development to maintain enough trained personnel to staff the Petroleum Unit of its Energy, Minerals and Compliance Division and to enforce County Code requirements for removing equipment and derricks from idle wells.

However, the response says in order to provide annual well inspection data to the public, within one year Planning and Development will launch a public-facing web portal that lists inspection dates and results for each well that’s inspected.

In the proposed response, the board also says it won’t require a report on fiscal liabilities because those are the responsibility of the state and the well operator.

Read the complete article at lompocrecord.com