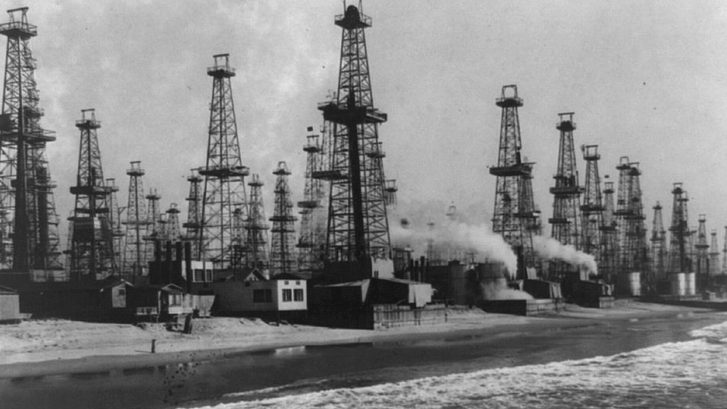 Re-post of original article from eesi.org

For over a century, fossil fuel companies have drilled oil and gas wells in the United States to increase the production, consumption, and export of fossil fuels. These wells are often abandoned once they are no longer profitable, and are sometimes left unplugged or improperly plugged, causing local environmental hazards and contributing to global climate change. The bipartisan infrastructure package, H.R. 3684, includes $4.7 billion to remediate orphaned wells, an initiative that will create new jobs while simultaneously curbing emissions.

In general, abandoned wells are unproductive wells with an identifiable owner, whereas orphaned wells are unproductive wells without an identifiable owner. Across the United States, there are at least 3.3 million abandoned oil and gas wells, about 60 percent of which are unplugged. There are also 56,600 documented orphaned wells in need of remediation, most of which are state and private lands, but thousands of undocumented wells also likely exist.

Unplugged wells leak methane, a potent greenhouse gas 25 times more effective than carbon dioxide at trapping heat in the atmosphere, and other pollutants that contribute to the climate crisis, harm public health, and contaminate water. The Environmental Protection Agency estimates that abandoned wells emitted 290 kilotons of methane in 2018, equal to burning over 16 million barrels of oil. Methane poses such a significant threat to the climate that the recently released Sixth Assessment Report of the Intergovernmental Panel on Climate Change calls for “strong, rapid and sustained reductions” in methane to avert the most significant impacts of climate change.

In many cases, the burden of plugging orphaned wells falls on states. According to Resources for the Future (RFF), “while states and the federal government fund well plugging activities through bonding requirements, industry fees, and other sources, these funds have not historically been adequate to reduce the inventory of orphan unplugged wells.” Current bonding rates on federal lands have not been updated in over 50 years, resulting in inadequate funds to ensure wells are properly remediated. Some unproductive wells have been unplugged for decades due to a lack of funds. With no private party to take responsibility for these wells, taxpayers are on the hook for their cleanup.

In addition to reducing methane emissions, plugging abandoned wells also could produce thousands of jobs. An RFF report estimates that plugging 500,000 wells could create as many as 120,000 job-years (a job-year is one year of work for one person). The number of orphaned wells is tied to cyclical changes in oil and gas prices, and are predicted to increase if oil and gas prices decrease. The report suggests that the federal government should focus on older wells that were abandoned before modern regulations to disincentivize oil and gas companies from abandoning wells in the future.

Employment gains from plugging wells could help offset job losses from the oil and gas industry, which lost an estimated 76,000 jobs from February to June of 2020. Additionally, the skills required to plug wells—a process that often involves sealing wells with cement and remediating land—are similar to those required in the oil and gas industry, which could help facilitate the job transition.

Congress recently passed bipartisan legislation focused on plugging orphaned wells. The Revive Economic Growth and Reclaim Orphaned Wells (REGROW) Act of 2021 (S.1076/H.R.3585), which was integrated into the bipartisan infrastructure bill, will provide $4.275 billion for orphaned well cleanup on state and private lands, $400 million for cleanup on private and tribal lands, and $32 million for research. According to a press release, the legislation aims to plug every documented orphan well in the country.

Starting in the 3rd quarter of 2021 Terra-Petra saw a significant uptick in oil well abandonment projects that we are being asked to bid on. There are multiple steps involved with abandoning an oil well (orphaned or not). Initially we engage the California Department of Conservation, Geologic Energy Management Division (CalGEM) to start the Construction Site Well Review (CSWR) application process.

The CSWR is used to assist local permitting agencies in identifying and reviewing the status of wells that are located near or beneath structures. Simultaneously Terra-Petra’s Petroleum Engineering team starts the well abandonment permit process by reviewing the historic well files and preparing the permit package for submittal to CalGEM for review and approval. This process can take anywhere from 3 to 5 months. Once we have permits in hand, we can move into the physical abandonment process. Terra-Petra may spend between 2-5 weeks abandoning a single oil well with one of many abandonment rigs.

Later this year (2nd quarter 2022) we are looking to abandon wells in Redondo Beach and multiple sites in Torrance (pending permit issuance). We are currently consulting on oil well related matters for more than two dozen developments having an oil well on the property.