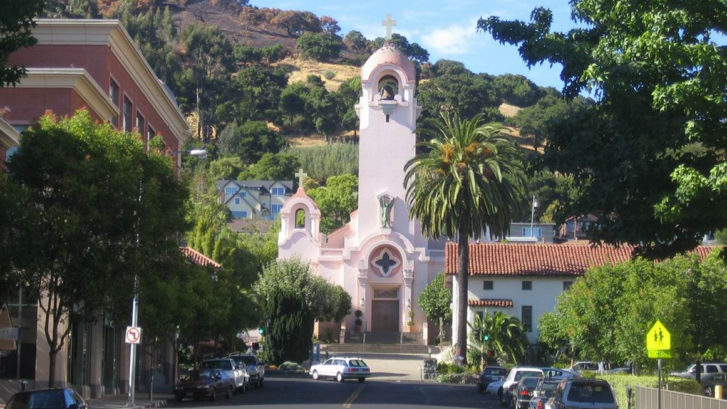 Terra-Petra Environmental Engineering is providing environmental engineering services for the design of the vapor intrusion mitigation system (VIMS) for a development of affordable Senior Housing in downtown San Rafael, CA. The development consists of the construction of a new six-story building. The building footprint is approximately 14,000 SF.

The site served as a Manufactured Gas Plant prior to the proposed improvements. Site assessment work was completed at the site prior to Terra-Petra’s involvement. A Human Heath Risk Assessment (HHRA) and a Site Conceptual Model (SCM) were carried out to determine the potential risk exposure posed to future construction workers, future commercial occupants and future residential occupants of the building based on VOC’s at the site. It was determined that the calculated risks for all potential receptors were less than the bench marks set forth for the property. The bench marks for this site were HI = 1 and ILCR = 1E-6. Results of the evaluation suggest that soil vapor intrusion mitigation systems may not be required to protect future occupants on this parcel.

The Department of Toxic Substances Control (DTSC) was engaged to serve as the lead regulatory agency at the site. Terra-Petra was directed to design a VIMS system in compliance with DTSC’s published guidelines, which we are in the process of completing.

It will be up to the DTSC to determine if the submitted VIMS design package meets DTSC guidelines and the soil vapor mitigation system provides for adequate human health assurance per the terms of the Land Use Covenant (LUC). If so, the DTSC can formally approve this project. Terra-Petra is confident that our VIMS design will satisfy the mitigation requirements as we have a vast amount of experience designing such systems that have been reviewed/approved by the DTSC.

Aside from the design work, Terra-Petra will be assisting our client in soliciting bids form qualified and experienced vapor intrusion contractors in the Bay Area. We will also be reviewing submittal packages and providing support throughout the Construction Administration Phase of the project. Our inspection crew is slatted to inspect and document the installation of the system using our state of the art field reporting system. 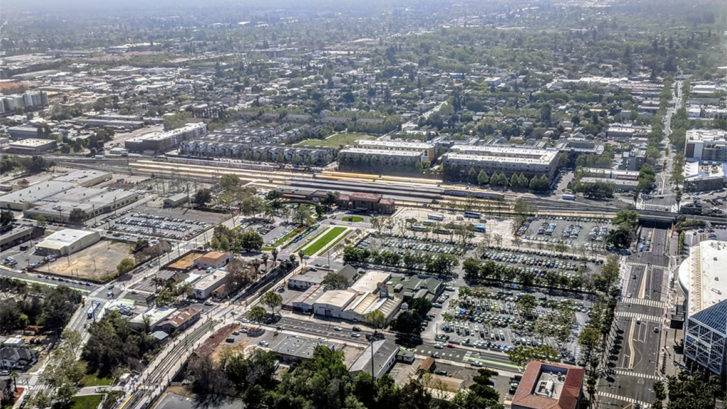 Terra-Petra Environmental Engineering is pleased to provide environmental engineering services for the design of the vapor intrusion mitigation system (VIMS) being proposed for a new affordable housing development in the Diridon Station Area in San Jose, CA.

The project consists of a multi-family residential building having 130 units with 5 stories above grade (no below grade elements). The lowest level will consist of parking with lobby, offices and a community room. The building footprint is approximately 23,400 SF on 1.02 acres.

The site where the proposed building is to be constructed did contain an Underground Storage Tank (UST) potentially containing PCE which was considered to be a Recognized Environmental Condition (REC). As such, soil vapor data was collected from the site during both wet and dry seasons approximately 9 months apart. The data showed that no on-Site sources of PCE have been identified at the Site. Further, no VOCs were detected at concentrations above residential DTSC-AF SLs for future buildings, and no further investigation, evaluation or consideration of exposures associated with VOCs in soil vapor is proposed. Additionally, no residential units were being proposed on the ground floor of the new development. However, the regulatory oversight agency for this site is still requiring that passive Vapor Intrusion Mitigation System (VIMS) be designed and installed at this building.

Terra-Petra was engaged to design a pragmatic code compliant VIMS system that would take into consideration the lack of site-specific risk. As such, we were able to design a creative membrane system that limited the more protective mitigation measures to areas of higher residential occupancy/risk of exposure. These areas included the community room and elevator lobby. While areas of lower risk such as the trash enclosure rooms and parking garage we were able to design a system that would be protective of VI, but also reduce overall cost impacts on the project’s budget. 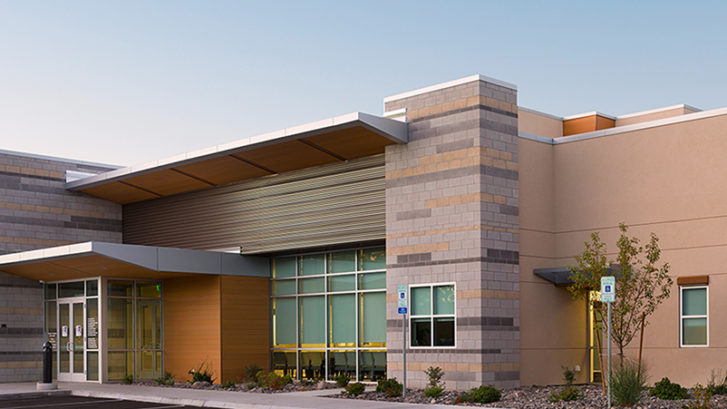 Terra-Petra is continuing to provide environmental engineering services for the design of the vapor intrusion mitigation system (VIMS) design for the Urology Nevada project located in Reno, NV.

Although our company started its operations over 20 years ago in Los Angeles to address methane concerns in the region, Terra-Petra has since evolved to become a well-known Environmental Engineering firm throughout the United States, and is certified to work in all 50 states.

No matter where you’re project is located, Terra-Petra’s expertise is available to you.  Learn more about our services, approach and philosophy on our company overview page, or contact us today to get started. 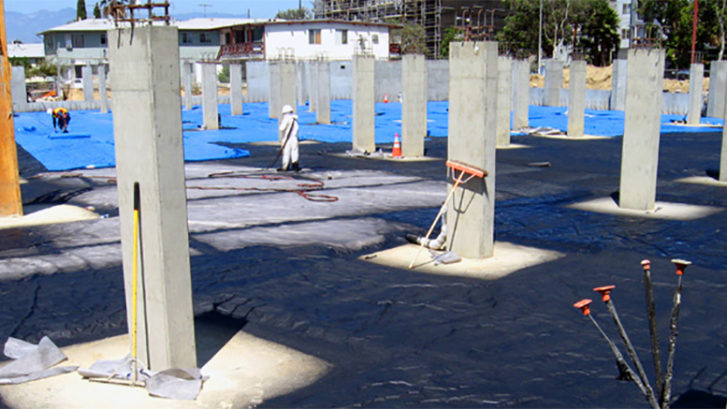 The new development, located in Santa Fe Springs, CA, will consist of a tilt-up industrial warehouse building, on grade, with an approximate building footprint of 150,500 SF. The gas vapor mitigation system shall be designed in accordance with a site specific Phase II Environmental Site Assessment report, and in accordance with the Vapor Intrusion Mitigation Advisory published by the C.A. EPA Department of Toxic Substances Control (DTSC) dated October 2011 (Cal/EPA 2011a, 2011b). 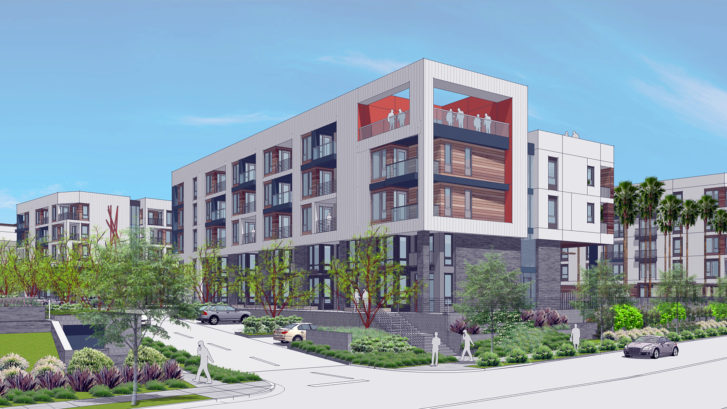 Terra-Petra has been performing continuous inspections in San Diego at the Witt Mission Valley Apartments project since early this year. Terra-Petra observed the installation of a VI-20 geo-membrane and Liquid Boot Vapor Barrier application with smoke and thickness testing most recently.

Terra-Petra is one of the foremost experts on Vapor Intrusion consulting, inspecting, testing, monitoring and mitigation design in Southern California.  We are conversant with the many laws, codes and regulations at the city, state, county and national level. We understand the testing, design, monitoring and reporting procedures for many different regulatory agencies. 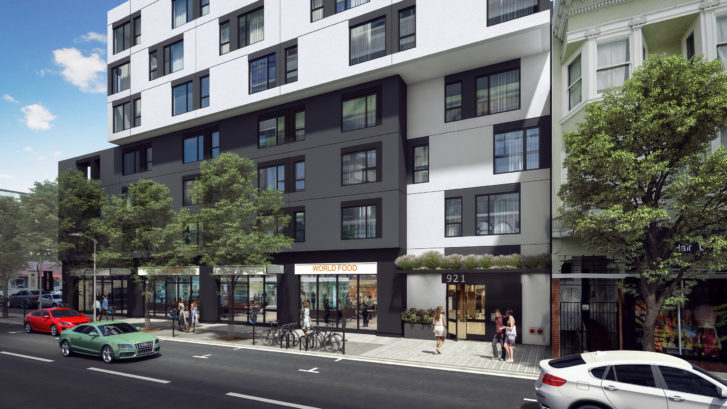 We will be following the Department of Toxic Substances Control (DTSC) Vapor Intrusion Mitigation Advisory to design a combination passive venting and sub-slab membrane VIMS system as a means of mitigating human health risks associated with PCE in subsurface soil vapor. Our services will also include providing the necessary Quality Assurance/Quality Control Oversight during the installation of the system. This is a process and a role that we feel very comfortable carrying out.

Regardless of the reason, Terra-Petra can design a vapor intrusion mitigation system for you. We routinely design these passive and active Building Protection Systems across numerous cities and counties governed by many different agencies.

Among our many capabilities, Terra-Petra offers: 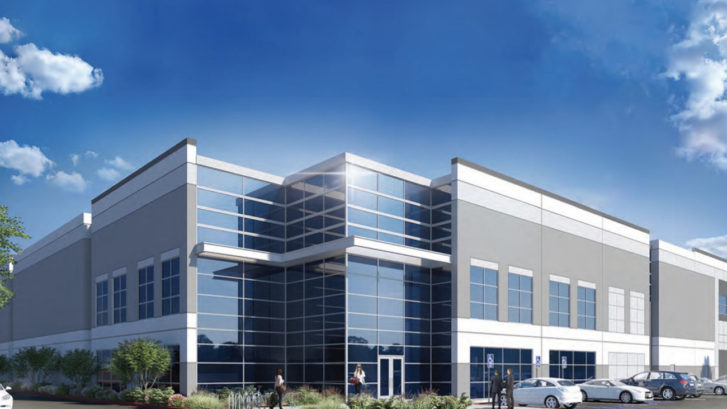 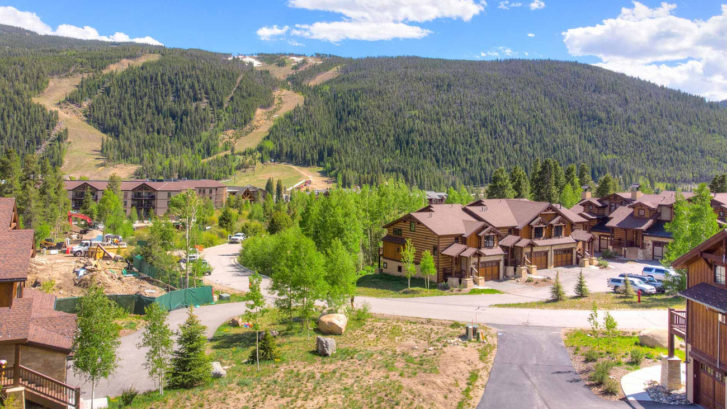 Terra- Petra is pleased to partner with a major property developer in Colorado to provide environmental engineering services for the design of a radon mitigation system for their development in Summit County, CO.

The project will consist of the construction of one single family home, and five  attached single family residences all with 3 stories and no basement. The homes are all nearly identical, with an approximate footprint of 2,500 SF. The project requires that a radon mitigation system be “roughed in” for future activation if needed, but our client is requesting that Terra-Petra design radon mitigation systems for each of the proposed buildings.

Terra-Petra has recommended that we design a combination passive venting and sub-slab membrane Radon Mitigation System for the proposed development. 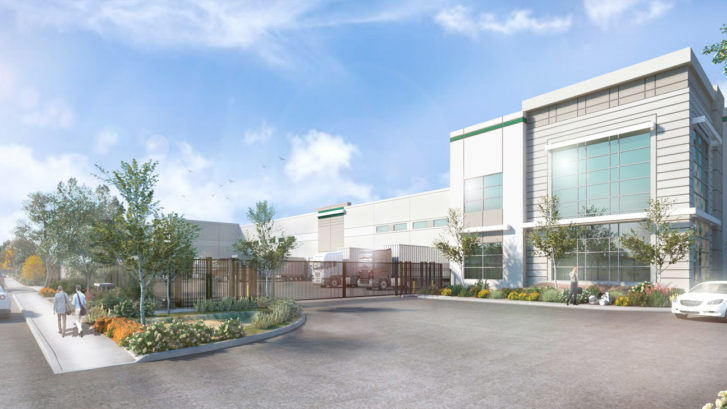 Terra- Petra is pleased to continue partnering with a major property developer to provide Vapor Intrusion Mitigation System (VIMS) Design Assistance in Hayward, CA. The scope of work involves mitigation of VOCs that could pose a potential vapor intrusion concern into a future occupied structure at the site.

This includes document review, conducting a Human Health Risk Assessment (HHRA) and submission of a Basis of Design report complete with Construction Quality Control procedures and an Operation, Maintenance and Monitoring plan (OM&M). 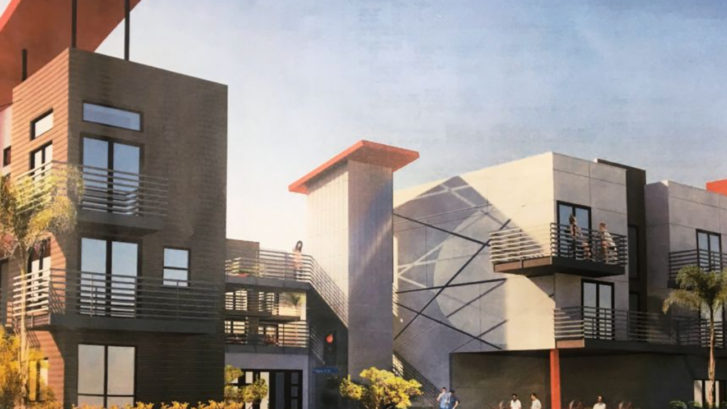 The proposed development will consist of two new slab on grade, 3-story multi-family affordable apartment buildings with a combined footprint of 26,330 SF.

Terra-Petra will work with the City of Pomona (permitting agency) and with The Los Angeles County Department of Public Works (LACoDPW), Environmental Programs Division (EPD) which prescribes means and methods of protecting structures from vapor intrusion.